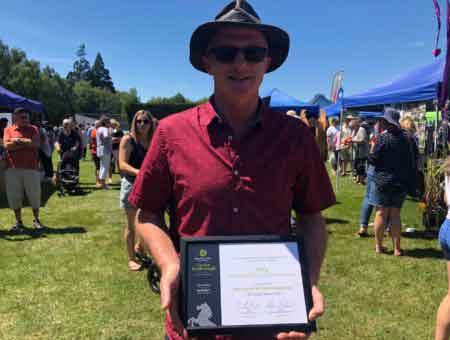 SWE was delighted to accept the award for the “Best use of New Zealand natives” category of the Rapaura Springs Garden Marlborough “Best Garden” Awards 2018 on Sunday, at the annual Garden Fete.

The SWE gardens at their Waters Ave headquarters are the culmination of nearly six years’ work by the team, with extra efforts being dedicated to the garden in the last two years. “Our initial impetus was environmental and aesthetic”, explains MD, Stephen Leitch. “It was around converting a relatively industrial site to one which was supportive of local wildlife – bees, insects and birds – and a welcoming, pleasant space for staff and visitors. We had some helpful initial design input from [landscape architect] Helen Ballinger a while back. Then we just got stuck in and got going with it. But about two years ago we got [landscape designer and gardener] Adrienne Wyatt involved – and it was Adrienne’s expertise and hard work that really helped turn our vision and early efforts into a more special end result.”

The grounds are a lush palette of New Zealand natives – flaxes, cabbage trees, muehlenbeckia, kowhai, Marlborough Rock Daisies, amongst many other species. The planting of these natives works seamlessly to complement the large established exotic trees which the team inherited with the site. “For us it is important to have biodiversity on the site, so we’re not slaves to the idea of only using native trees and plants,” Stephen adds. “It’s another part of our company commitment to ‘doing the right thing’ by our environment”.

There are also a number of interesting sculptural elements which feature in the garden too. The windmill is made from one of the original “Booth self-oiler windmills”, originally from an old mid-Canterbury farm. SWE’s Field Mechanical Engineer, Tony McConaghey, created the authentic tripod on which the windmill now sits.

Advertisement from the “NZ Tablet”, 13 November 1919, courtesy of National Library of New Zealand 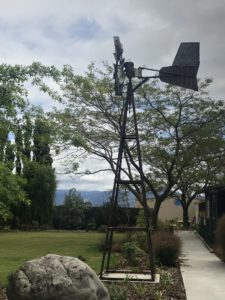 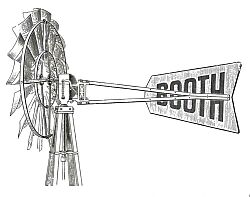 SWE colleague, Peter Clark created the sculpture which has pride of place amongst the plants near the site entrance. Peter’s ‘orb’ is created from repurposed barrel rings (from wine barrels) connected to make a naturalistic shape – resembling the white basket fungus (Ileodictyon cibarium). 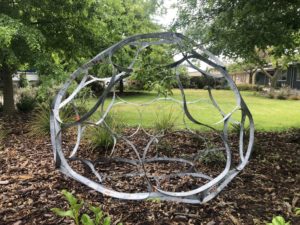 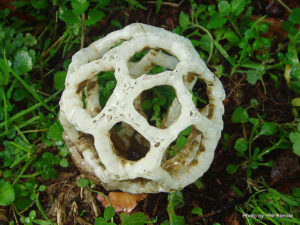 While very many of the plantings are natives, the team have also found space to incorporate fruit trees – such as feijoas – for the staff to enjoy. “And we’re not finished yet,” Stephen adds, laughing.

Garden Marlborough explain that the awards are important as, among other things, they “encourage the beautification of the Marlborough region as a whole”.

What the Garden Marlborough judges said: 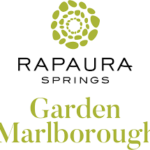 “There was clearly a lot of thought and design gone into the development of the SWE landscape, in an area where we didn’t necessarily expect to see this. They have used a strong palette of native plantings alongside some existing large established exotic trees. It was also nice to see the inclusion of ferns in sheltered spots as well as enclosure created by the planting scheme around the outdoor staff seating area. Well done!” 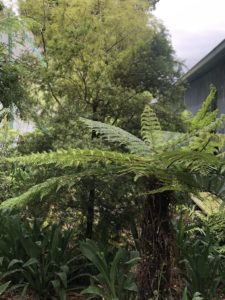 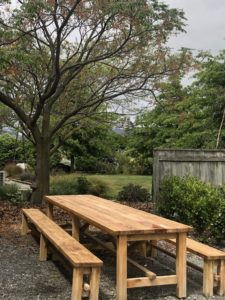 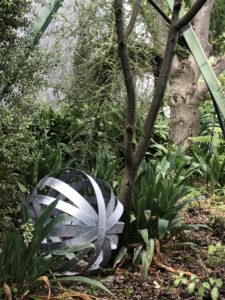